See, you aren’t killing the ocean, you are giving it a tasty snack!

A new study from James Cook University in Queensland, Australia, has discovered that some of the plastic that we’ve been dumping in the ocean is actually getting eaten, and thereby cleaned up, by the corals in the great barrier reef.

Researchers collected various scleractinian (stony) corals from the Great Barrier Reef and placed them into containers filled with seawater contaminated with microplastic particles. After two nights, the corals had eaten the plastic. In fact, the plastic was consumed at rates only slightly lower than the normal rate at which corals eat marine plankton, the study says.

See, you aren’t killing the ocean, you are giving it a tasty snack! 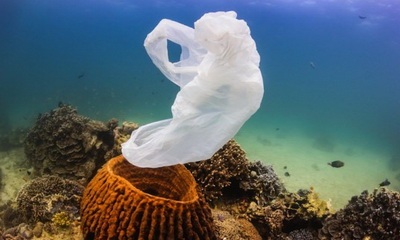