Wife Cheats on Husband Who Saved Her Life, Husband Now Sues for 1.5M

A man whose wife cheated on him after he gave her his kidney is suing for the $1.5 million that he claims the organ is worth… 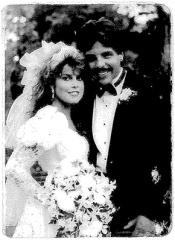 A disenfranchised Long Island doctor is suing his ex-wife for $1.5 million which is approximately the amount he claims his kidney, which she now has, is worth.

Dr. Richard Batista, 49, says that his wife, Dawnell Batista, had cheated on him for her physical therapist after he had saved her life by giving her one of his own kidneys.

“I saved her life and then to be betrayed like this is unfathomable. It’s incomprehensible,” Batista is quoted saying.

Furthermore he adds, “She engaged in an extramarital affair and refused to go to marital counseling and reconciliation.”

The two have since filed for divorce in 2005, and perhaps a final blow to their relationship, Dawnell has also refused to allow Richard access to his three children, ages, 8, 11 and 14.

According to Dominic Barbara, Batista’s lawyer, “The main reason the doctor is doing this is because of how he’s been treated in this case.”

“This has never been done before in the state of New York,” said his lawyer Dominic Barbara. “In theory we are asking for the return of the kidney. Of course he wouldn’t really ask for that but the value of it.”