Known as the LG-GD910, the video phone watch is 13.9mm-thick and is crafted in a metal casing with tempered glass face… 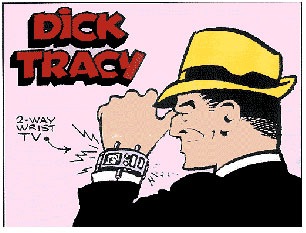 Dick Tracy, a police detective from a long-running comic strip which debuted in 1931 and became synonymous to American pop culture was known for two things: His yellow fedora and trench coat, and the wrist watch he wore which worked as a video/telephone communicator.

Once considered fictional, Dick Tracy’s wristwatch communicator is now a reality thanks to LG.

Set for release this year, LG’s long-anticipated, 3G-capable watch phone will be available first in Europe. Known as the LG-GD910, the video phone watch is 13.9mm-thick and is crafted in a metal casing with a tempered glass face. Yes, this is no cheap TMNT plastic watch!

The touch display is approximately 1.43″ and is icon-based and Flash-powered. It will feature voice commands, with or without a Bluetooth headset, text-to-speech, a trusty mp3 player and stereo Bluetooth support. 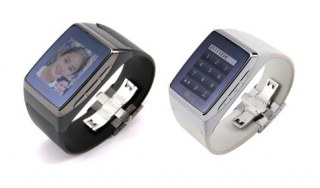