Tobias told investigators that she shook the baby, smoked a cigarette to compose herself and then shook him again. 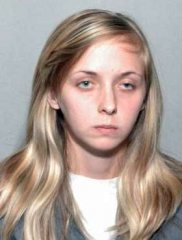 A Jacksonville mother charged with shaking her baby to death has pleaded guilty to second-degree murder. A charge is punishable by up to life in prison.

Alexandra V. Tobias, 22, was arrested after the January death of 3-month-old Dylan Lee Edmondson. She told investigators she became angry because the baby was crying while she was playing a computer game called FarmVille on the Facebook social-networking website.

Tobias entered her plea Wednesday and Prosecutor Richard Mantei said Tobias’ sentence could be less because of state guidelines that call for 25 to 50 years.

Outside the courtroom, Mantei said Tobias’ plea will help avoid the family reliving the tragedy during a jury trial.

Tobias told investigators that she shook the baby, smoked a cigarette to compose herself and then shook him again. She said the baby may have hit his head during the shaking.