On the upside, it sounds like Norway just got a ton of pre-cooked reindeer steaks for dinner!

If you thought the mainstream media and big box store were waging a war on Christmas, wait until you hear what just happened in Norway. The Norwegian Nature Inspectorate (NNI) is reporting that 323 of Santa’s sleigh pullers were killed by a single lightning strike last Saturday. The sheer amount of death caused by the event, which included 70 calves, makes this the deadliest lightning strike in known history.

How did so many of them die? Experts think that they were probably huddled together for comfort and safety in the storm… wow, that makes this even sadder.

While this was definitely the worst mass death event caused by lightning, there was a similar situation in Australia back in 2005. In that storm, 68 cows were killed by a lightning strike. On the upside, it sounds like Norway just got a ton of pre-cooked reindeer steaks for dinner! 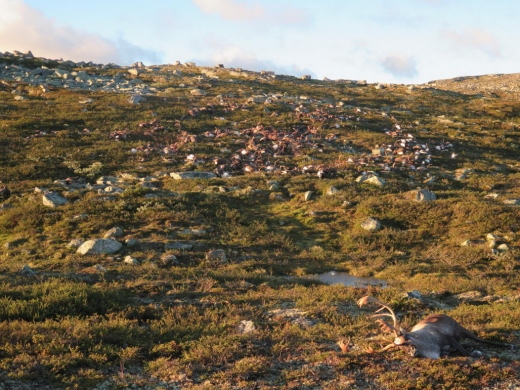