Mystery Solved?: Remains Of Amelia Earhart May Have Been Discovered

Amelia Earhart may have lived as castaway a new discovery reveals, as bones and artifacts on a remote Pacific island was recently discovered 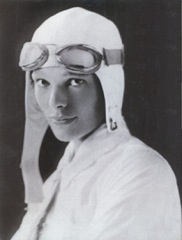 Amelia Earhart may have lived as castaway a new discovery reveals, as bones and artifacts on a remote Pacific island was recently discovered that may once and for all reveal the fate of the most famous pioneering aviator.

Arguably one of the most enduring aviation mysteries, Earhart took off from Lae, in what is now Papua New Guinea, while attempting to circumnavigate the globe via the equator in 1937 and was never seen again.

A massive search at the time failed to find the flyer and her navigator Fred Noonan, who were assumed to have died after ditching their Lockheed Electra aircraft in the ocean, according to the Amelia Earhart Museum.

Now aviation enthusiasts from US-based group The International Group for Historic Aircraft Recovery (TIGHAR) say they have evidence suggesting the pair made it safely to Nikumaroro Island in Kiribati and lived as island castaways.

TIGHAR executive director Rick Gillespie said the group, which has carried out 10 expeditions to Nikumaroro over the past 22 years, found three small bone fragments on the uninhabited island earlier this year.

Gillespie said the bones appeared to be part of a human finger, although they could also be from a turtle, and had been sent to the Molecular Science Laboratories at Oklahoma University for DNA analysis.

“We’re very hopeful that this will produce the result we’re looking for,” he told the Australian Broadcasting Corporation Thursday.

“We have every reason to believe that this is the site where Amelia Earhart lived and died as a castaway,” he said.