It is going to be very interesting to see what the smells are. Will they be based on soaps and perfumes? What if one of the girls doesn’t bathe? Will the game be brave enough to bring the funk?

Don’t you hate it when you’re playing a game and you can’t smell the characters? Well today might be your lucky day. Dead or Alive, the Tecmo game franchise that has brought us technical innovations in game play like individual boob physics is preparing to launch Dead or Alive Xtreme beach volleyball sense, a VR port of the release that will bring sensory gaming to a whole new level.

Sure, you’ll still get the bouncing boobs and… I’m actually pretty sure that the game is just about bouncing boobs, but now, you’ll be able to smell them too? Yup, Tecmo is preparing to launch their VR sense pods which, when you stand near a woman in the game, will give off a puff of their “fragrance.”

As an added bonus, when you get a high score in the game, you’ll also be rewarded with “theater time,” which we have to assume is the VR equivalent of a lap dance.

It is going to be very interesting to see what the smells are. Will they be based on soaps and perfumes? What if one of the girls doesn’t bathe? Will the game be brave enough to bring the funk?

First, what exactly is the smell going to be? Feminine shampoo or soap seems like the scent most likely to have people thinking “girl,” but since this is still a beach volleyball game, sunblock, or perhaps even sweat, would make just as much sense, if not more. There’s also the fact that in all the Dead or Alive Xtreme games released so far, during matches the player controls one of the volleyball-playing beauties. If that same format continues in Dead or Alive Xtreme Sense, shouldn’t the player, having taken on the role of one of the girls, be subjected to the “girl” aroma constantly?

Also currently unknown is whether Dead or Alive Xtreme Sense will make use of other VR Sense functions. The pods can blast the player with hot or cold air, which could be used to great effect as stand-ins for the summer sunshine or a cool ocean breeze. The splashing of the waves or beads of sweat could also be recreated with the pod’s mist function.

But perhaps the most important question is whether or not fans will come to arcades to play a game with titillation as its primary selling point. Granted, adult-oriented VR events have been held before in Japan. However, as gatherings specifically catering to VR and pornography enthusiasts, the atmosphere is likely less judgmental than a regular arcade, where those interested in staring at/sniffing the Dead or Alive girls would have to walk past all the customers just trying to snap sticker pictures with their friends or win a Pikachu plushie from the UFO catcher. And it’s not just pre-play that presents potential problems. Will hardcore fans run the risk of running out of time and having to vacate the pod while still having…visible signs of their below-belt excitement? 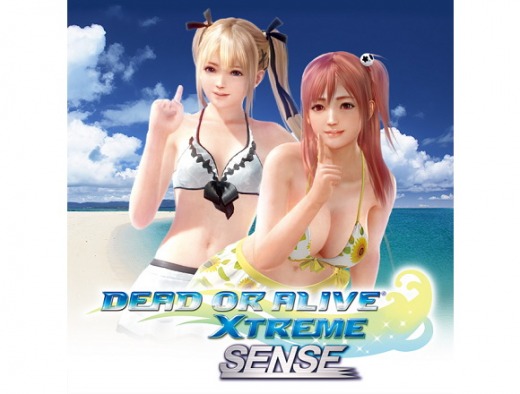 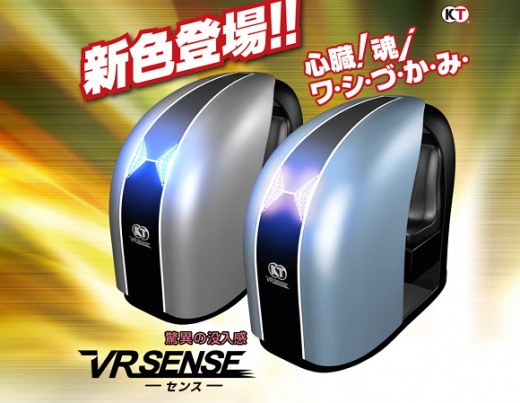