Snow White And The Seven Movies

A funny little parody that uses Snow White to show just how badly Hollywood likes to over saturate the market with the new “hot idea”.

In a world where Hollywood likes to take a dead horse and beat it till it is so far past dead, Genevieve Farrell has created a funny little video satirizing Hollywood’s latest story du jour, Snow White. Until yesterday when Disney shelved the karate version of the story, there were three tent pole productions for Snow White coming out. The others are of course, Mirror Mirror and Bella… I mean Snow White and The Huntsman.

This parody takes things one step further and explores just how much Hollywood likes to oversaturate the market by placing Snow into seven major upcoming films: The Dictator, Ted, Expendables 2, Battleship, Abraham Lincoln Vampire Hunter, The Hobbit, Prometheus, The Bourne Legacy, The Dark Knight Rises, Men In Black 3 and Spider-Man. 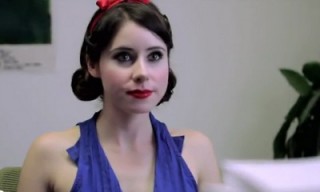