37-year-old oil painter and graphic designer Ron Piccirillo has discovered the heads of a lion, an ape and a buffalo embedded in the air after “employing an old artist’s trick,” by turning the painting on its side. Piccirillo believes that he has uncovered Leonardo da Vinci’s true meaning behind his infamous Mona Lisa painting, which was meant to depict envy.

From the Telegraph:
“I just could not believe what I was looking at. I realised: ‘This is what I’ve been looking for’.

“I spent the next two months pouring over da Vinci’s journals and came across the passage on envy which for me sums up what this is about.

“The Mona Lisa is a depiction of envy.

“It’s amazing because everyone thought that da Vinci never wrote about the Mona Lisa, but now it appears that he did.”

The passage in question talks about how the artist trying to paint envy must “give her a leopard’s skin, because this creature kills the lion out of envy and by deceit” – a reference to the hidden lion’s head.

Once Mr Piccirillo cracked that everything else fell into place.

Looking at the Mona Lisa’s right hand bent awkwardly at the wrist he suddenly understood the passage: “Envy must be represented with a contemptuous motion of the hand towards heaven, because if she could she would use her strength against God.”

The shading around her eyes and nose, which resemble a palm tree, now also explains the line: “Show her as wounded in the eye by a palm branch and by an olive-branch, and wounded in the ear by laurel and myrtle, to signify that victory and truth are odious to her.” 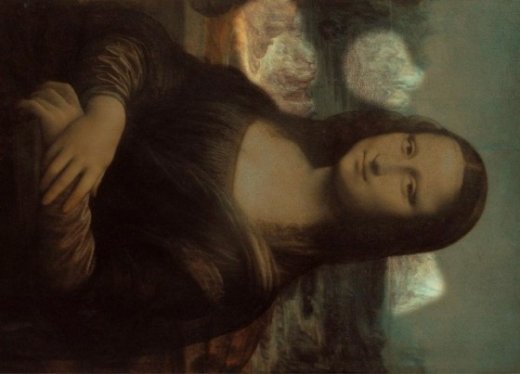