Our Classiest Video Yet: The World’s Longest Burp!

Every person has their fifteen minutes of fame. Some people earn it for great acts of bravery like landing an airliner in the middle of the Hudson river… some guys do it by burping.

Tim “Eater X” Janus, 35, won the contest with an epic 18.1 second belch after drinking roughly 2 gallons — that’s right, gallons — of Diet Coke and Mountain Dew.
“I was just trying to condense all the air in my stomach and bring it to the surface,” said the 165-pound Janus.

“You just have to force every last bit of air up. It’s beautiful, really.” 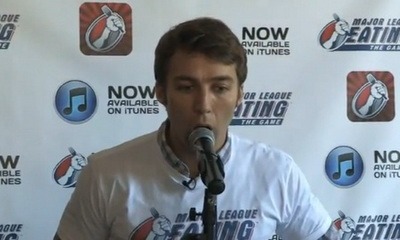