3701 SW 12th Street Topeka, Kansas is not just a Pokegym, it’s also the headquarters of the Westboro Baptist Church.

Pokemon Go is a lot of fun. In my quest to catch them all and hatch my eggs, I’ve probably come close to heat stroke in the Florida Heat, but it’s all in the name of a good time… right? Well, last week we posted about how the game was bringing people together. Over the weekend, there were some of the standard negative stories. A kid was hit by a car because he was being stupid, and some criminals were robbing some players who lacked situational awareness. I think the best story about what some people might called a pokeconflict, is coming out of Topeka, Kansas. More specifically, out of 3701 SW 12th Street Topeka, Kansas. You see, that’s not only a Pokegym, it’s also the headquarters of the Westboro Baptist Church.

Realizing this, one very clever player took control of the gym and left a pink Clefairy named “Loveislove” as its head Pokemon. 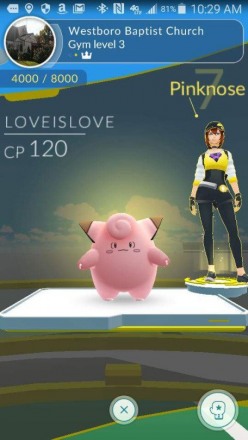 Not to be outdone, The WBC took to Twitter, with their own messages and pokevitriol. 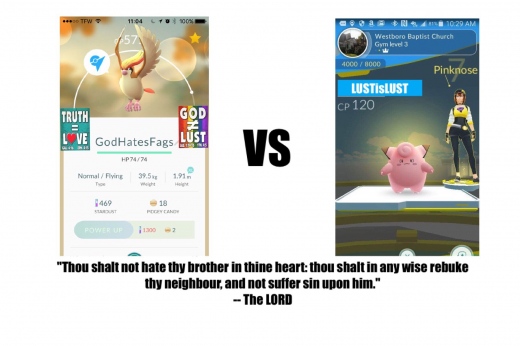 When you bring sodomite lies to our virtual doorstep, we must get jiggly with it! #Pokémongo https://t.co/oxGGtR9Zqh

The followed up with classy social media messages like ““Fag #Pokemon are a sign of the end,” and that “EVERYTHING, real or virtual, enables proud sin in america.” The also included this classy gem: 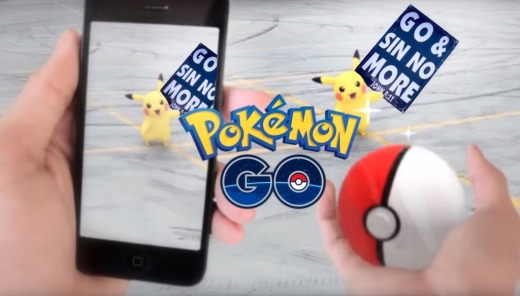 With the WBC having a presence at SDCC for the past few years, it’ll be very interesting to see how Pokemon play into their protests and various counter protests that tend to pop up around them.

– Thanks to Jenny B. for the hat tip.