KSBY-TV claims that “pedophiles have adopted the bear as a mascot,” and that individuals dressed in the bear costume and car decals have been seen in Southern California.

Pedobear originally on the message board 4chan as an inside joke. The cute anime bear image is often attached to images pointing out real-world sexualization of underaged kids. Think Miley Cyrus or the Olsen Twins (before they were 18). 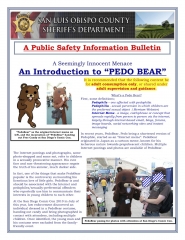 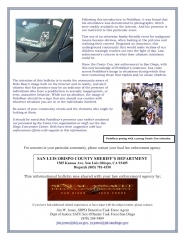