The shirt is question is described as featuring “cartoon images of women wearing bondage gear and firing guns.” Essentially images from just about any comic book or anime in the last ten years.

Getting a satellite to land on a comet is freakin amazing. In fact, it is probably one of the coolest space related breakthroughs in the last 20 years. Sure, it’s now turning out that they might not have enough battery power built in to complete its mission… but you can’t win them all.

The messed up part of this is that Rosetta scientist Dr Matt Taylor was forced to make a formal apology (during which he began to cry) because his shirt was deemed to be sexist and demeaning to women.

The offending shirt is question is described as featuring “cartoon images of women wearing bondage gear and firing guns.” So… essentially images from just about any comic book or anime in the last ten years.

Taylor, one of the scientists leading the mission also sports several tattoos including a sleeve featuring what appears to be Linda Blair in The Exorcist and a new leg tattoo that actually commemorates the Rosetta mission.

Look… was wearing that shirt the wisest fashion choice? Probably not. Chances are that on a day like today, he was wearing it because it’s a lucky piece of clothing. I’d be hard pressed to believe the man was doing so to belittle or objectify women. Nor do I think that seeing a male scientist in a stupid bowling shirt with anime girls on it will have any impact on little girls’ interest in growing up to be scientists.

The fact is, a man who just accomplished one of the greatest scientific feats of our lifetime was shamed to tears over a shirt. 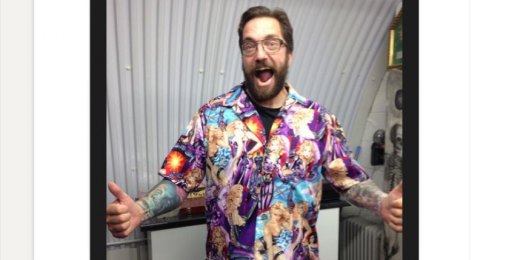 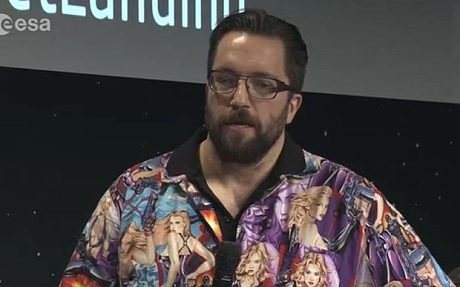 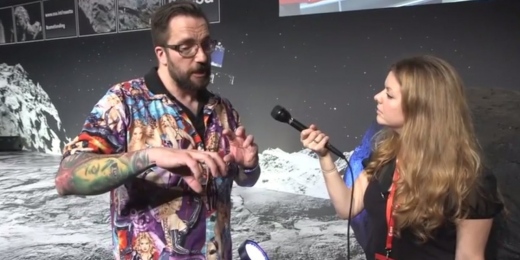 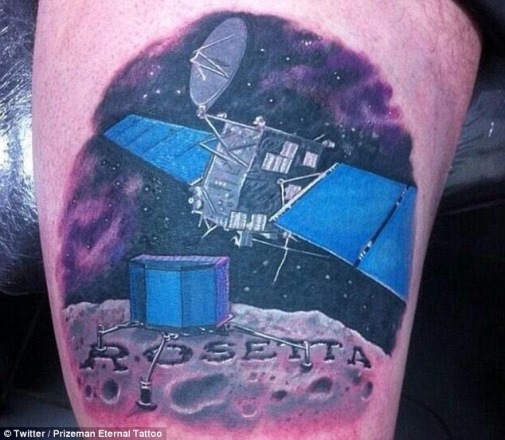