Follow Sheriff Wookiee and Buzz Lightsaber as they travel through space to make sure Andy Wan Kenobi still loves them.

Charlie and Andy form Howtobeadad have put together one of the best commentaries on the new sale of Lucasarts to Disney. They’ve come up with a list of Mash-up films that bring the two universes together. They didn’t just come up with some very clever titles and logo cards, they’ve actually come up with descriptions of the films and they are pretty damned hilarious. 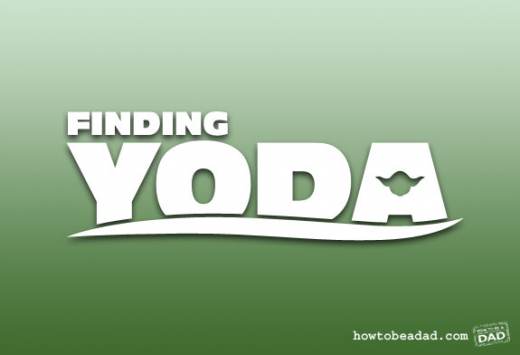 This will be the tale of a 300-year-old boy named Yoda who is scooped up by the Empire from his home of Dagobah, amongst the plants, and how his father must brave the farthest reaches of space to find him. Yoda’s father teams up with Dory Dory Binks, a useless, idiotic character who barely says anything intelligible, but has an affable quality that most of the audience find annoying by the end of the film. 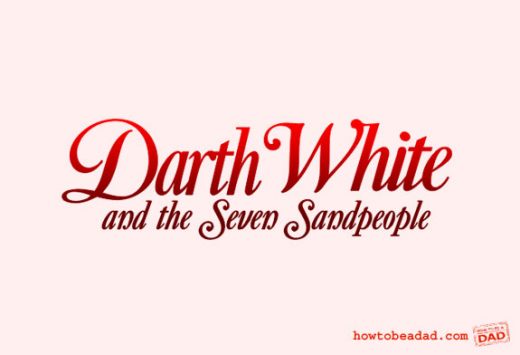 Darth Vader And the Seven Sandpeople:
We know Disney is famous for their depiction of the ‘tragic fate of parents’ narratives, so why not weave Anakin Skywalker’s storyline as a younger Darth Vader, an unassuming half-human, half-cyborg, with infinite power as master of the Dark Side, with a sweet and unassuming princess story? The early reports on this film show Vader returning to his roots to escape an evil priestess, where he stumbles upon seven sandpeople who take him in. He quickly realizes the crime he has committed was wrong, and the true power of friendship. There’s Snooty, Pilfer, Grainy, Boofer, Granpoo, Spilge & Smegtoe. In the end, Vader slaughters them all anyway. Go figure. 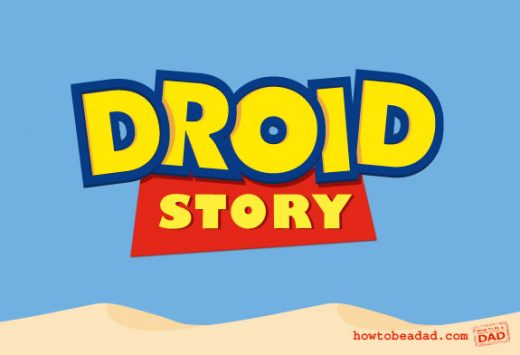 Droid Story:
Follow Sheriff Wookiee and Buzz Lightsaber as they travel through space to make sure Andy Wan Kenobi still loves them. When they are forced to confront Darth Sid and a bunch of broken protocol droids who control a sector of the universe, Wookiee and Buzz realize they’ve got friends indeed… who can force choke a fool.

Here are the rest of the stories:

Pirates of the Empire: The Kessel Run:

Disney already has sequels lined up to remakes of sequels for the Star Wars. Though this will be a sequel to the wildly popular original Pirates of the Empire, there will be a host of new enemies and special effects. PE:KR is a swashbuckling adventure that soars over the sandy dunes of Tatooine and will feature a spectacular performance by Johnny Depp as Lando Calrissian’s adopted son, Brando. Depp chose to sign-on so he could do his version of a Marlon Brando impression. Watch out for the musical numbers and ridiculous comic-relief characters, though.

Neverland never looked so much like Endor. And that’s because this film is going to be shot in the very same forests of Marin County to to look identical to the home of the Ewoks. Produced by the same crew who did the film Brave, the cast will be comprised entirely of native Scottish speakers, and marks Mel Gibson’s return as actor/director. Imagine Braveheart combined with Apocalypto with a dash of Spielberg’s Hook. Actually, nevermind. This one might be fake.

The Lightsaber in the Stone:

Before we get a BAJILLION comments saying the plasma of a lightsaber could never be held or sustained within any known stone, just think of this: WHAT IF THE STONE WAS MADE OF ADMANTIUM? ::commence nerdgasm:: Forget that unobtanium junk from Avatar, this is legit. Can’t you see the plot now? Young boy learns from an older wizard-type about the ways of old magic. Ah, hell. That’s Star Wars: A New Hope, isn’t it?

When we saw the Jawas in the first Star Wars movie, we knew two things: they’re pygmy, rodent-like creatures who make cute sounds, and Disney merch would have a FIELD DAY marketing these guys as toys to kids. Well, now you’ll be able to collect all 101 of them! This film already has director Ben Affleck attached, and Meryl Streep set to play Cruella De Vader. Did we mention the merchandising opportunities?

Beauty and the Wookiee:

We all loved Chewie (Chewbacca), didn’t we? WHAT IF… he and Leia had a secret love that was left unfulfilled? Well, in this film, Chewie and Leia’s banter isn’t just platonic. Those scratches behind the ears aren’t simply friendly gestures. They are caresses, know what I’m saying? Shaq has already been cast ti play our favorite, flirtacious Wookiee.

Source: How to be a dad