Pro Tip: When Hiding an iPhone In Your Butt… Turn Off The Ringer

Talk about the ultimate butt dial…

Over the weekend, Trent Patterson was hanging out in the Ted Baker clothing store in New York City with a few of his friends. While the security in the store wasn’t great, a food vendor stationed outside noticed the crew repeatedly entering the store and then leaving with piles of loot. He called the cops and all five were arrested.

Patterson and the rest were being held at the police station when one man, whose iphone had been stolen decided to track it using his phone tracking app.

It was indeed Patterson who stole the phone… and then stashed it up his butt so that the cops wouldn’t find it. However, he forgot to turn it off… or at least to turn off the ringer. That’s when the cops hear the muffled ring coming from his cell and confronted him.

Patterson is now being held and awaiting trial. The phone up his butt is great practice for where he’ll be spending his next few years. 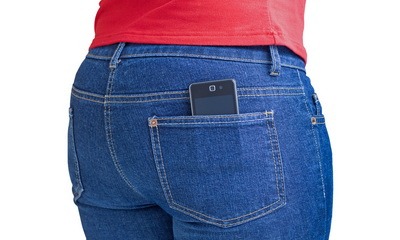