Rebecca Black Is Back With Her Sequel To “Friday”… “Saturday”

“Yesterday was Friday. Today is Saturday.”

It had to happen sooner or later. Rebecca Black, the girl who set the internet and your ears on fire has just released a sequel to her viral music video, “Friday”. This time around, she’s taking on a much more serious topic. That’s right… “Saturday.”

Along for the ride is another YouTuber, Dave Days. The song has a much more grown up feel to it and several little jabs at the song that made her famous. Why she decided that she needed a twerking Miley cyrus double in the video is anyone’s guess. 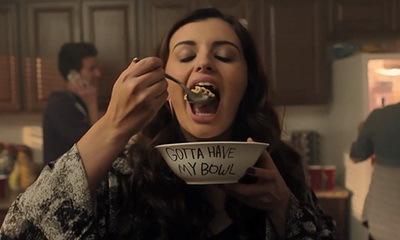