If Stephen Hawking had a cover band, this is what they’d open with at Bar Mitzvahs.

We’ve seen a lot of videos in the last couple months that feature disc drives playing songs, but this is the most complete performance that we’ve ever seen created from computers and machines. Along with the typical disc drive, there’s also drums, keyboards and vocals… that sound a lot like Stephen Hawking.

Here’s the creator’s official explanation:
in my previous videos I have received alot of comments requesting the vocal styles of Stephen Hawking so your wish is my command. This is song is based on the group Maroon 5’s “Moves Like Jagger”

Vocals Digital DECtalk Express play both the male and female vocals (the same unit as Stephen Hawking used back in the 80’s) and it is controlled by a Genesi linux box
Robot Snare, Robot Bass Drum and Tambourine
Robot Keyboard and my trusty old HP Scanner 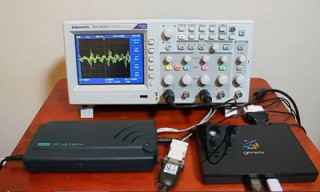