Russian Woman Gets 100 Lip Injections To Look Like Jessica Rabbit

“My classmates called me ugly. They didn’t tease me because of my lips specifically – but I believed big, full lips would make me beautiful.” 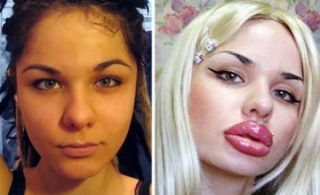 Looks like Herbert Chavez who under went 13 years of cosmetic surgery to make himself look more like Superman has found himself a like minded individual with a Russia’s woman who wants to look more like Jessica Rabbit.

The Russian nail technician who desperately wants to look like Jessica Rabbit confessed she is addicted to cosmetic surgery, now also wants an even bigger pout plus elf ears a nose and a boob job.

“I loved Jessica Rabbit’s huge lips. She was my idea of the perfect woman. I want to go more extreme. I want to look like a cartoon character. I am addicted to it. I love it.”

Kristina received her first procedure at 17, because she was tired of being bullied because of her looks.

“My classmates called me ugly. They didn’t tease me because of my lips specifically – but I believed big, full lips would make me beautiful.”

She said: “I know some people think I look ridiculous but I don’t care. “Sometimes I like the attention I get when people try to film me on their mobile phones.”

I’m sure the attention she’s getting now isn’t because the procedure has made her more “beautiful.” I’m pretty sure it’s the opposite. 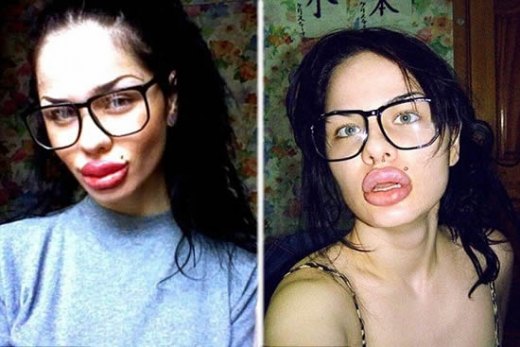 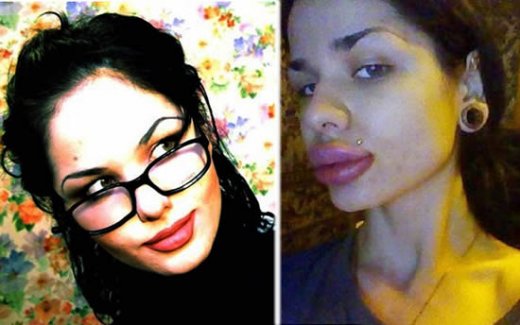 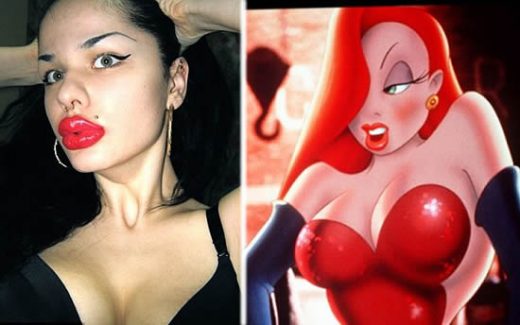