Mimas is the smallest of Saturn’s moons, but it has something special that is making scientists take note.

I know, you look at the picture and you immediately want to say, “That’s no moon.” Well, it actually is.

Mimas is the smallest of Saturn’s moons, but it has something special that is making scientists take note. Along with looking like one of the most iconic space stations in movie history, it also has a wobbly orbit. The general consensus is that while this would usually be caused by gravity of near by planets, this time it has more to do with some weirdness going on inside the moon.

While it would be super awesome if it turned out to be an egg for a giant space dragon, experts think that the wobbling is most likely being caused by an elongated core.

This conclusion is the result of 10 years of images that have been collected by the Cassini Space Probe. 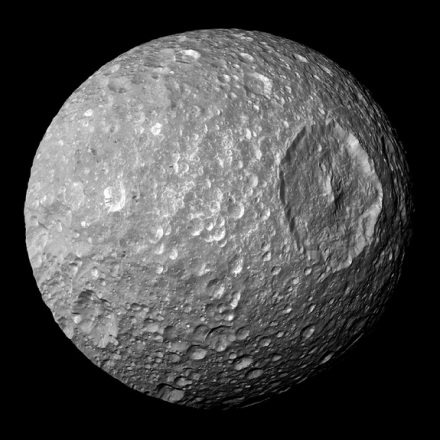