“We have already produced the smell of fried steak, but hot metal is more difficult.” 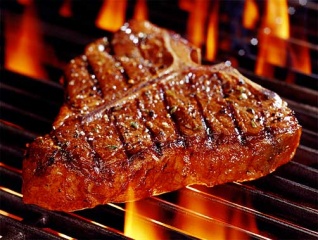 Yesterday, scientists came out with one of the most important discoveries of our modern time. According to the new report, outer space has the aroma of fried steak, mixed with hot metal. How do they know? Its not like they were sticking their heads out the window. It turns out that the study was put together by talking to astronauts who sniffed their space suits after returning from space walks.

NASA has now gone one step further and has commissioned Steven Pearce of British fragrance firm Omega Ingredients to recreate the smells to help train spacemen.

He said: “When astronauts were de-suiting and taking off helmets, they all reported quite particular odours. We have already produced the smell of fried steak, but hot metal is more difficult.”

“We think it’s a high energy vibration in the molecule and that’s what we’re trying to add to it now.”

Mr Pearce told pupils at Moorside High School, Manchester, he hoped the smells would be ready this year.

Personally, I’m not sure what the problem is in re-creating the smell. It is clear to me that this Pearce guy has never been to a Waffle House.