Apparently, “absolute certainty” means something along the lines of “probably not” and “never gonna happen.”

Richard Donner recently told Variety that Goonies 2 will not be happening. This news, of course, comes into conflict with Sean Astin, who just a year ago told MTV that Goonies 2 was an “absolute certainty.”

While there have been a lot of rumors that a Goonies sequel was in the works, Donner sadly admits that his recent efforts at revisiting the popular adventure story just “simply didn’t pan out.”

“We tried really hard, and Steven (Spielberg) said, ‘Let’s do it.’ We had a lot of young writers submit work, but it just didn’t seem to call for it.”

As much as I love The Goonies, if you really think about it, maybe it’s for the best. I mean what new crazy adventures and mischief can the Goonies really get into now, Goonies 2: The Midlife Crisis? 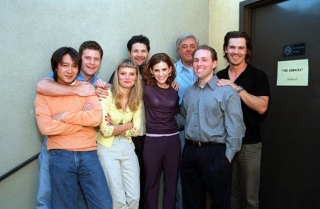