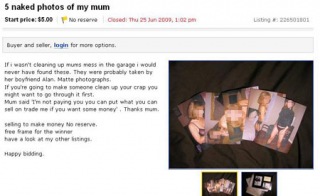 18-year-old Michael was ordered to clear out the garage by his mother Jennifer, 44. But while sulking and cleaning he came across some “artistic” photos of his mother. While most teenagers would recoil, burn them, and wash their eyes out with bleach, he decided to post them on an online trading site with the title, “5 naked photos of my mum.”

If that was odd, when Jennifer found out, she wasn’t embarrassed or upset, instead she provided him with more pictures to sell.

“He was quite naughty … I thought ‘you cheeky little git’, but at least he’d been a bit creative about it,” said Jennifer.

“I wanted 50 per cent of the sale, but more than that I miss the nice comments,” Jennifer says. 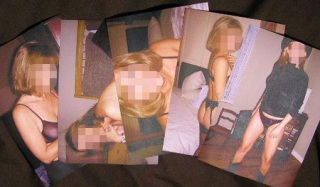