A collage of images featuring the look of politicians found guilty of adultery.

The names may change, but the face remains essentially the same.

The New York Times have compiled a collage of images featuring the look of politicians found guilty of adultery and not being able to keep it in their pants.

Politician after politician, in scandal after scandal, faces the cameras with his lips pursed and pulled tight, narrowing them. The chin boss — the fleshy bump above the chin bone — is pushed upward, pulling the lips into an upside-down smile. Add a downward-cast gaze, perhaps a shake of the head, and: Instant Disgraced Pol. 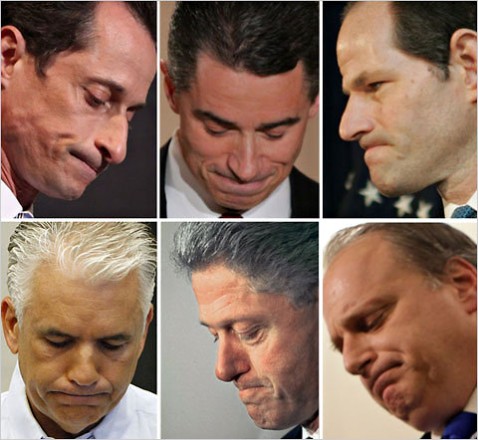