The Robber Who Is Too Ugly For A Life Of Crime?!

A big-eared bank raider nicknamed Shrek is behind bars today after being warned he is ‘too ugly’ to commit crime. 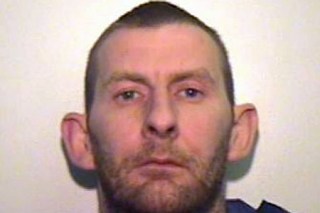 A big-eared bank raider nicknamed Shrek is behind bars today after being warned he is ‘too ugly’ to commit crime.

David Holyoak, 33, who has rather distinctive looks and features make him an easy target according to police.

Holyoak of Whitefield, Manchester will begin a three-and-a-half year jail sentence for robbery yesterday with one officer saying, “This man only needs to look at himself in the mirror to realize crime is not for him.

“With his big ears and rotund features he stands out a mile, and the officers have no trouble spotting him. He must be a total liability when he is part of a gang.

“He has already been dubbed Shrek and must be one of the ugliest robbers in the country.”

Holyoak was part of a gang who robbed a Halifax bank near Preston and threatened the cashier with a sledgehammer.

They smashed a glass security window, climbed the counter and stole cash. Unlike his other accomplices however, Holyoak was easily identified after they got a clear eyewitness description of him… and his huge Dumbo ears.

Holyoak, described as a ‘dangerous individual,’ pleaded guilty at Bolton Crown Court with three others to robbery.