I guess if they did turn ‘The Walking Dead’ into a sitcom, the theme from ‘Growing Pains’ is probably not a bad way to go… 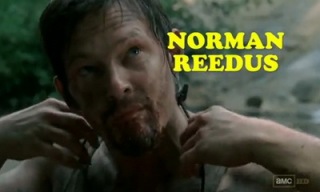 When Darabont was booted from The Walking Dead, it left a lot of fans nervous about the future direction of the show. With half the second season over, most fans have relaxed and come to see that the show is still the best there is on TV. However, one Youtuber wanted to give us his worst case scenario of where he thought the zombie drama would go… and it is much scarier than you could ever imagine!

The departure of Frank Darabont has seen The Walking Dead go in a whole new direction. This new intro for season 2.5 seems to shine a light on the character dynamics of this ragtag group of zombie survivors and the impending daddy issues that Laurie’s pregnancy is sure to bring.