The Streetstar Festival in Sweden is one of the biggest urban urban street dance and music events in Europe and participants really get into it. In fact, it is not uncommon for them to show up in full costume, just like the two women in this video.

Where else, except maybe Comic-Con could you witness the ultimate dance showdown between Sailor Moon and Wonder Woman. The back and forth is filled with tremendous dance moves that, at times, almost seem like they could be part of real battle between heroes. 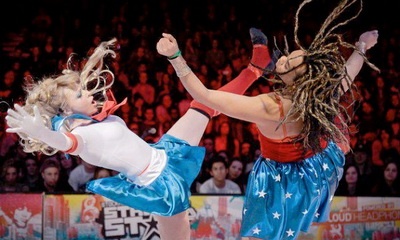