Topless Woman Battles Fire As Building Goes Up In Flames

An Australian woman put the safety of her neighbors over her own modesty when she saved an apartment building from going up in flames – topless. 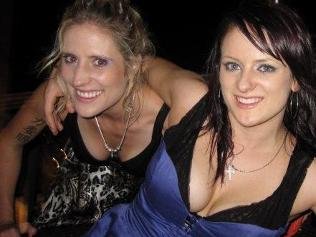 An Australian woman put the safety of her neighbors over her own modesty when she saved an apartment building from going up in flames – topless.

Fitness instructor Tash Bennett (pictured on the left) was sunbathing topless by the pool of the Alatai Apartments in Darwin city when a nearby palm tree caught fire. “I was just lying there when some ash fell on top of me,” she said. “I wasn’t really paying attention because I was listening to my iPod.”

Bennett raced to reception for help before rushing back to the pool to use the fire hose. It was only after battling the blaze for five minutes that she looked down and realized that she was still topless from the sunbathing.

“I was pretty red faced on the day, having to hold myself while running to reception,” she said. “I was sunbathing. I wasn’t exactly prepared. But you’ve got to put out the fire before you deal with that.”

Her husband, Daniel McNamee said he was proud of his wife’s quick action in the emergency. “Apparently the flame was pretty high. It could have taken out the building,” he said. “She was just lying there thinking, ‘it’s getting pretty hot here’. It was only after the fire was out that she looked down and realized that she was topless. At one stage she had quite an audience, just having a laugh.”

One witness, Johnny McCoy said Bennett had a full audience of residents while she battled the blaze.

“For the record, she was smoking hot herself, but provided all the boys a pretty awesome sight for an otherwise typical Thursday,” he said.

“Once she had the blaze under control, she then got her bikini situation under control and put everything back where it should be.”