File this under one of the greatest things I’ve ever seen! The shark sleeping bag by Kendra Phillips is currently on sale over at Patch Together.

It’s a sleeping bag! It’s a stuffed toy! IT’S A SHARK! In an effort to make sharks (a very misunderstood animal that also happens to be one of my favorites) more cuddly, I designed and produced a prototype for the ChumBuddy. This 7 foot monster plush was 100% hand sewn (sewing machines hate me) from fleece and felt & contains about 30 lbs of poly-fill.

It may not be the most practical sleeping bag in the world, but now you can recreate an attack by Ryan Ottley (Invincible) and Jason Howard’s (Wolf-Man) Grizzly Shark while you’re out camping in the woods! 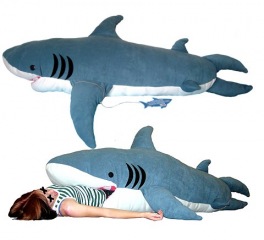 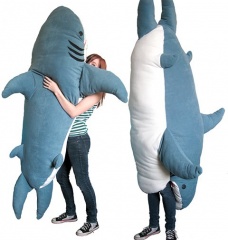