Prosecutors are trying to reclaim nearly $6 million dollars that a disgraced Toys R Us manager paid to a million-plus prostitute. 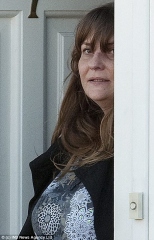 Prosecutors are trying to reclaim nearly $6 million dollars that a disgraced Toys R Us manager paid to prostitutes.

Paul Hopes, 59, is a former Toys R US purchasing manager and married father of two who admitted to theft and money laundering in December 2009. He was sent to prison for seven years and ordered to pay back millions he spent buying houses and cars for prostitutes.

According to UK media, Hopes spent little of the stolen money on himself or his wife who has divorced him.

On Tuesday a British judge involved in recouping money questioned the prostitute who was given $31,000 a week for her service. Prosecutors argue much of the million-plus dollars call-girl Dawn Dunbar received was given to her, not earned, and could be confiscated.

In an enforcement hearing, Judge Stephen John calculated the weekly average Dunbar was paid, which she admitted was 10 times the going rate.

“How do you justify that?”

According to the Telegraph, Dunbar replied: “It wasn’t me that was putting the worth on that. It was
Mr. Hopes paying what he thought it was worth.”

The judge ruled the leftover money could be reclaimed, along with luxury cars Dunbar bought for herself, husband and father.

A hearing with another prostitute, Tanya Wieck, was expected in coming weeks.