How many Firefighters does it take to get a hamster out of a pipe? According to a recent report from the BBC, eight. 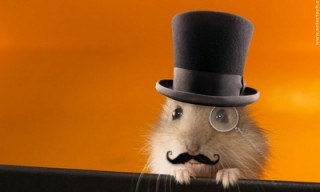 How many Firefighters does it take to get a hamster out of a pipe? According to a recent report from the BBC, eight.

the eight firefighters were called in to a family find the hamster they were babysitting for some friends.
To find them, the team split into two crews, using chocolate-covered cameras and a vacuum to try and locate poor little Fudgie.

After five hours of… whatever firefighters do to lure hamsters from holes, Fudgie was still hiding in a hole he’d found in the kitchen floor.

The hamster sitters even had to calm down neighbors who were trying to figure out why there were two fire engines parked outside the house.

It turns out that Angela Appleby, the mother of the hamster sitter had mentioned it to her fiance, a member of the fire brigade. From there, “the conversation snowballed into the fire brigade coming round to the house.”

In the search for Fudgie, firefighters took the family cooker and gas pipes to pieces.

They also dropped a mini-camera coated with chocolate underneath the floorboards.

They then hoped to suck out the furry rodent using a vacuum cleaner with a sock over the nozzle.

Despite their efforts, they failed to recover Fudgie and called in the Scottish SPCA.

I wonder how many houses burned down during those five hours?