“Communism… I am your father!”

It’s not uncommon to find statues of communist leaders in Russia. After all, they had tons made of themselves when they were in power. Now, the Ukraine has passed a new law geared towards erasing those nasty reminders of the past and the residents of Odessa decided to have a little fun.

When asked about why they made the change from Communism’s Lenin to Star Wars’ Darth Vader, they told the Russian News Agency, TASS, they said that they thought it was time for new heroes.

It’s pretty interesting that in the absence of Lenin, their top choice for a hero is a Sith Lord, but I guess it’s still a big improvement. I mean… Lenin doesn’t look like he could Force Choke a gold fish. 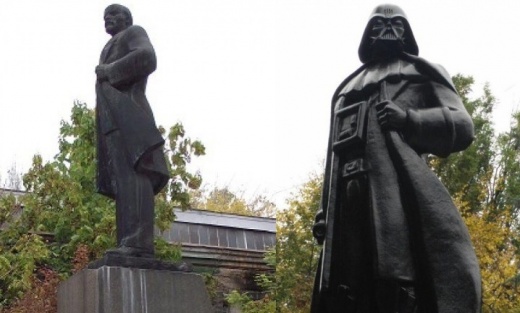