Watch a woman guess wrong and lose the car of your dreams.

Yesterday’s The Price is Right gave away tons of prizes, like they always do… but one of the prizes that they offered was bigger than almost anything that they’ve ever offered before: a quarter million dollar Ferrari.

Some people are complaining on line that the games are rigged, but they aren’t the woman just went about it the wrong way. She picked numbers like 7 and 8 as the first numbers in the car. that would mean that the car would cost at least $700,000. That’s just not very likely. You could even see host, Drew Carey getting a little frustrated by the end.

Still, you can’t help feel bad for the lady. She almost had the car of most people’s dreams and instead she probably got some body wash and the home version of the game show. 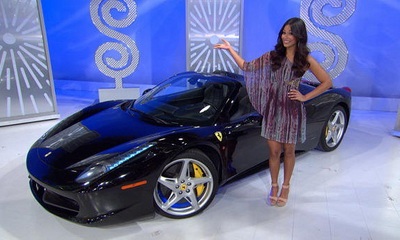