SPOILER ALERT – How Agent Coulson Is Alive In The Agents Of S.H.I.E.L.D. TV Show

SPOILER! You have been warned.

I’m a big Joss Whedon fan, but I’ve got to start off by saying that if this is true, it is one of the stupidest things I’ve ever heard.

the other day, Joss Whedon admitted that Agent Coulson, played by Clark Gregg, would be returning to the line up in the new Agents Of S.H.I.E.L.D. TV show on ABC. Now, Slashfilm says that they know how it happens. Honestly, this is some low grade soap opera BS here. Check out the details below and see if you agree with us.

In the pilot, it’s revealed Nick Fury (Samuel L. Jackson), the ultimate super spy, faked Agent Coulson’s death on purpose to motivate The Avengers. Some S.H.I.E.L.D. members were in on it (including, possibly, Maria Hill played by Cobie Smulders) but The Avengers were not. Their security clearance wasn’t high enough. Coulson was forced to hold his breath as part of the ruse and that’s a point of contention among his colleagues After the fact, Fury moved him to a remote location until things died down, and then he was reinserted into duty at the time of the show. 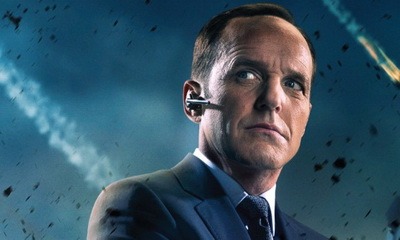