I would hate to be standing under that thing when it inevitably plummets to the earth.

I have to admit, I am a little dizzy just thinking about the idea of this. I’d be pretty shocked if it ever happened, and even more shocked if it didn’t end in a disaster. The new building is called the Analemma Tower and the New York architecture firm that designed it plans for it to be suspended from an orbiting asteroid 31,068 miles (50,000 km) above the Earth. 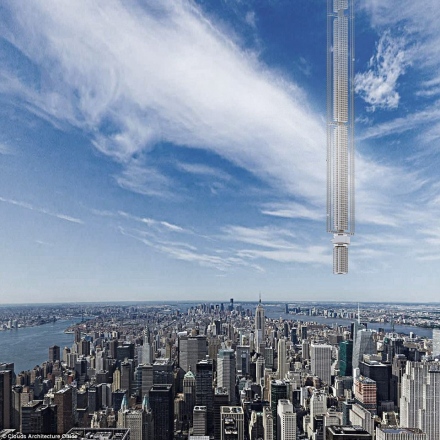 While the skyscraper would be based in New York, it would not stay there all day long. The plan is for it to take on an orbital path that would move the tower around the world, once a day, in a figure eight pattern. Along the way, it’ll also pass through Panama City, Havana, Atlanta and New York City, to name a few. That makes me question as to whether or not you’d need a passport just to get inside it.

The hope is that the tower could be built over the city of Dubai, as they seem to have cracked the whole giant building thing more than pretty much anyone else. Also, they seem to be able to do it for 1/5 the cost of companies in the US>

At the base of the building (or the top, depending on which way you are looking), you’ll the Universal Orbital Support System (UOSS), which attaches a high strength cable to an asteroid that is lowered to Earth and attached to the tower

Plans are already underway for it to include sections for residential housing, commercial space, tourism, shopping and entertainment, and even an area dedicated to worship. As a good portion of the building will be outside of the earth’s atmosphere, they plan to utilize solar energy to generate the majority of the building’s needs. Meanwhile, water will be harvest from rainwater and clouds that the building floats through.

‘For example, while there may be a benefit to having 45 extra minutes of daylight at an elevation of 32,000 meters, the near vacuum and -40C temperature would prevent people from going outside without a protective suit,’ shared Clouds Architecture Office.

If you are wondering how we are supposed to capture an asteroid for them to use as the foundation for the building, remember that ‘NASA has scheduled an asteroid retrieval mission for 2021 which aims to prove the feasibility of capturing and relocating an asteroid.’ If they deem it possible, there’s a chance that New York’s Skyline might just start moving to the sky. 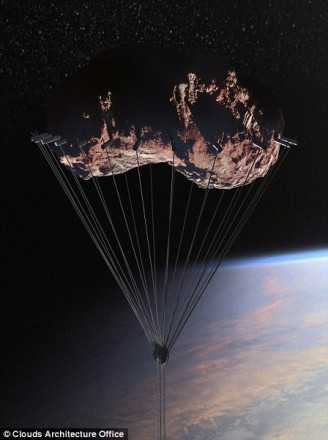 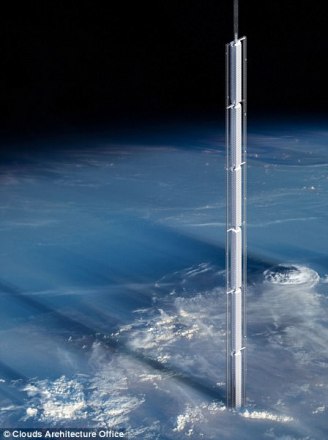 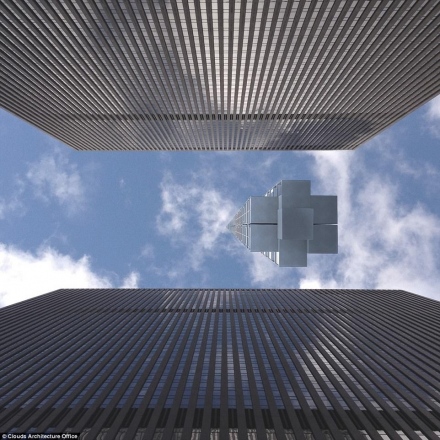