What Happens When You Mail A Letter With Change Instead of a Stamp?

Not that I even spend a ounce of my life pondering such questions but apparently some guy and his friends did and wanted to find out.

So what happens when you mail someone a letter, but instead of using a regular 39 cent stamp you tape to the letter loose change totaling 39 cents?

Never in my life have I ever pondered such a question, but apparently some guy and his friends did and wanted to find out.

The experiment:
-Create a letter addressed from Philadelphia to NY.
-Attach one quarter, one dime and four pennies totally 39 Cents to the spot where a stamp would normally go.
-In addition, add a nickel to the bottom right corner of the letter as a “tip” to the postal worker. 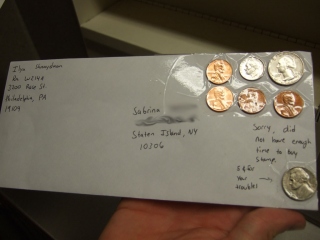 Results:
According to the experimenter, the letter actually arrived in NY after two weeks. It came in another envelope with the standard issue of apology for envelope damage as the five cent “tip” was removed. 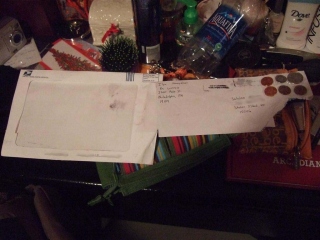 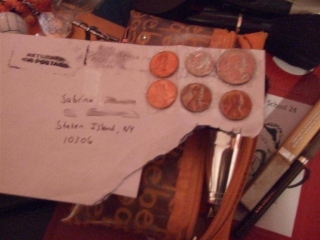 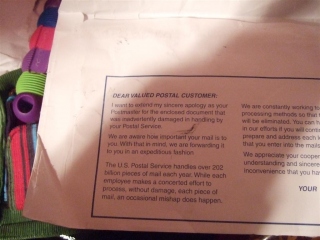