Will Earth 2 Be Revealed Tomorrow?

Unlike this new discovery, however, none of those 216 planets are close enough to be considered viable options.

The idea of finding a new planet that could support human life has been a dream of scientists for generations. Some people are looking for intelligent life, while others are just looking for new real estate to head off to, once we destroy the rock we currently inhabit. According to an anonymous source at the European Southern Observatory, we’ve not only found one, but the ESO will be making a formal announcement about it tomorrow.

The planet, which orbits Proxima Centauri, our closest star (after the Sun), is the first one that we’ve found that can not only potentially support life as we know it, but is also reachable within a human lifetime. By this time tomorrow, you can expect the ESO to have held a press conference where they announce the discovery of the planet and discuss their findings as to whether it can support human life. 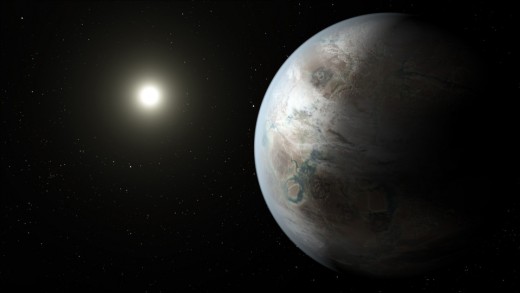 Until then, all we have is this vague quote from the anonymous source:

“The still nameless planet is believed to be Earth-like and orbits at a distance to Proxima Centauri that could allow it to have liquid water on its surface — an important requirement for the emergence of life. Never before have scientists discovered a second Earth that is so close by.”

Meanwhile, they Kepler spacecraft from NASA has been trucking along through the stars since 2009. IN that time, it has discovered more than 4,000 potential planets. Of those, 216 are close enough to Earth, that they are listed as being in the “Goldilocks zone,” aka, “just right.” Unlike this new discovery, however, none of those 216 planets are close enough to be considered viable options.