You had one job…

Snooty is… or rather was, the oldest living manatee in captivity. Over the weekend, fans and co-workers gathered to celebrate Snooty’s 69th birthday, something that has never been achieved at The South Florida Museum or any other facility in the world. That is what makes it such a shame that someone forgot to shut the hatch to Snooty’s tank after the party.

According to the preliminary investigation, someone left open a hatch that allowed his keepers to access plumbing and life-support systems. Left to his own devices, Snooty, swam in, but was unable to find a way out before running out of air and dying. The official cause of death is drowning. I would hate to be the person who left that hatch open right about now. 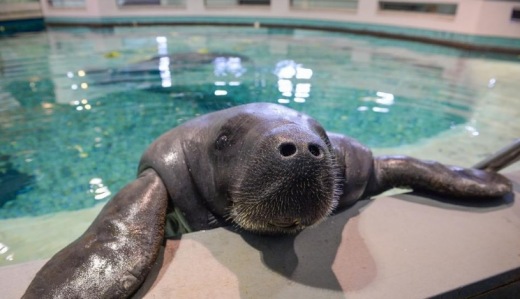 “The South Florida Museum is deeply saddened to share the news that our beloved Snooty has died. Snooty’s death was a heartbreaking accident and the circumstances are being investigated so we can be sure we know the full details of what happened. Our current rehab manatees – Randall, Gale and Baca – are all fine. We know that our community and Snooty fans around the world share our grief. We will keep you updated as memorial plans develop. Please share your treasured memories and love for Snooty in the comments.”