Zombies: The next Generation

Is anyone doing anything to properly indoctrinate small children with a mildly unhealthy passion for brain eating deathwalkers? The answer is yes…

Zombies have had a major resurgence in the last couple years. Comics, Toys, Movies… even adaptation of classic Jane Austen Novels. You can’t swing an undead cat lately without hitting a zombie. While that is all well and good for now, what about the future? Who will be the next generation of Zombie artists and storywriters? Is anyone doing anything to properly indoctrinate small children with a mildly unhealthy passion for brain eating deathwalkers? The answer is yes…

Jaden is a four and a half year old boy with a love for zombies that almost rivals his love for Star Wars and Transformers.

Zombies and Toys recently did an interview with young Jaden, and here’s a sampling of what he had to say and some of his fledgling zombie art.

What would you eat if you were a zombie? Zombies like pink goo. (he’s not too far off with that one) 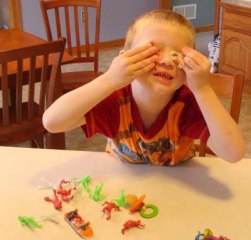 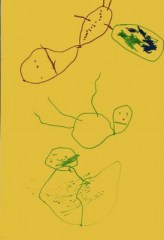 One thought on “Zombies: The next Generation”