Dutch gallery Cook & Becker is shining the light on the video games that made Sega one of the best classic video game systems. Sorry Sonic fans, this is about real Sega Classics like Golden Axe, Shinobi, Phantasy Star, Streets of Rage, and Jet Set Radio. They’ve just released these five amazing prints. Check them all out below. 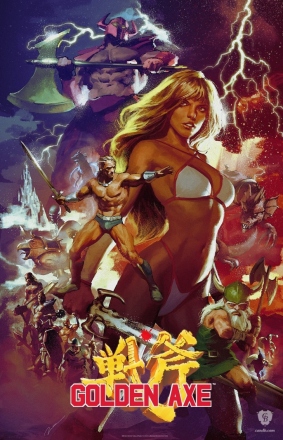 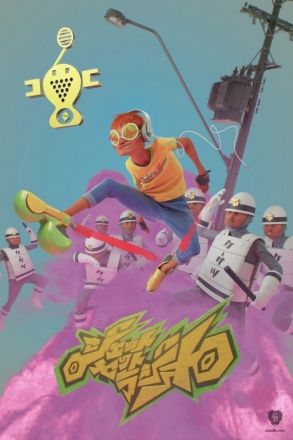 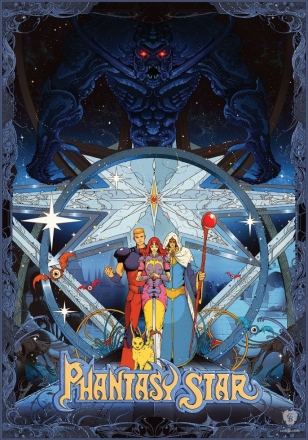 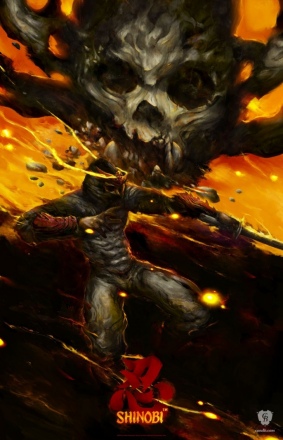 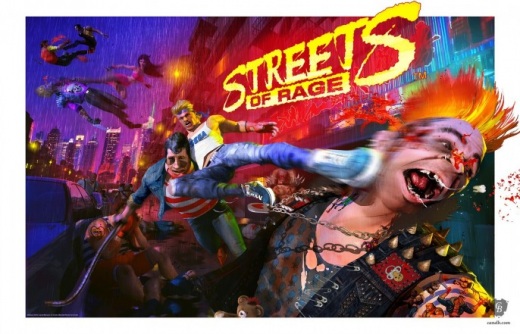 Cook & Becker asked some of the hottest artists working in entertainment and video games today to draw and create a print of their favorite classic SEGA games. The idea was to create a series of beautiful prints under direction of SEGA that would capture the heart of these classic brands, their aesthetic and what they meant for people playing them and growing up with them.

Maarten Brands from gallery Cook & Becker: “At Cook & Becker we’re committed to the visual culture of video games and new digital art. The last couple of years we’ve worked successfully with top game developers, artists and publishers to release fantastic editions of concept art and designs of some of the best and artistically interesting video games.

If you go back further in history though, there is less high-resolution material available or images have not been archived etc. So we decided to work with the original rights holders and artists working in games and entertainment today – people who grew up with these classics – to make new prints that would capture the feeling of those games. A sort of tribute art so you will but officially licensed and made in conjunction and with direction of the rights holders and people on the original teams if they were still there.”

Many great artists participated and started working on concepts. Today the first 5 designs from 5 different artists are unveiled and made available to purchase worldwide. Among them artworks by known scifi and fantasy illustrator Kilian Eng, Marvel and game concept artist Gerald Parel and artist Julien Renoult, who was Sunset Overdrive’s Lead Concept Artist among others.

The artists created the prints under art direction of Cook & Becker and SEGA working inspired by the original art assets. The images are made under official license. They are fine art Certified Art Giclees, available in a limited-edition of 200 each. They are large poster sizes of 24 x 36″ or 60 x 90 cm that will fit any standard frame.

Summer 2015 a new set will drop for other games by other artists. Cook & Becker warmly invites any artist that want to participate to contact them via their website.

BACKGROUND ON THE ARTWORKS AND ARTISTS

Phantasy Star, Kilian Eng
Digital artist Kilian Eng is well-known for his retro scifi and surreal landscapes. His prints and posters are usually in high-demand with collectors. He was worked on images and covers for many Marvel, Disney and HBO brands.

Kilian Eng says about his Phantasy Star print: “When I learned about this project I thought it would be a fantastic to get the opportunity to work on Phantasy Star. I remember several older SEGA games fondly, but Phantasy Star was my first pick. It was really fun digging into the Phantasy Star universe again after so many years I last played it. It is a really good game with a lot of nostalgic value for me.”

Golden Axe by Gerald Parel
Gerald Parel is an extremely talented artist. He works freelance and is part of top concept art and design studio Sixmorevodka. He is maybe best known for his Marvel comic book cover art.
“When I was a teenager, I was very much into Conan and all things barbarian. So when around that time I played Golden Axe, even only for a few hours, it left a precious mark in my memory. It was THE barbarian game in my book. Then decades later, I noticed Mastodon’s (Metal Band) riff man was playing on a Gibson called “Golden Axe” and it brought back so many good memories! The choice to pick Golden Axe was then obvious when I got in touch with Cook & Becker.”

Streets of Rage by Julien Renoult
Julien Renoult is one of the best concept/character artists working in the industry. Recently he was the lead concept artist on Insomniac’s sumptuous looking Sunset Overdrive and worked on Nike’s: The Last Game ad for the Brazilian World Cup as well as the 2012 BBC’s London Olympics promo animation. He currently works on a project at MMO game maker Trion Worlds.

Jet Set Radio by Roman van der Haven
Roman van der Haven is a visual storyteller and 3D character artist both active in the art market and in the creative industry with past clients such as Nintendo and Guerrilla Games. He has created ads, toys and prints. “Jet Set Radio is maybe my most favorite game and to be able to make a new piece under SEGA’s flag was one of my dreams come true. Jet Set Radio is such a rich world, full of character. We decided to go with the current design, a clear and iconic image of Beat running for the cops. I had to be respectful to the source material but also to add my own, unique style to it. Working with SEGA’s creatives on the composition and style was an interesting experience as well”

Shinobi, Emmanuel Malin
French artist Emmanuel Malin is a designer in the creative industry that also creates art. His almost analogue looking digital paintings often have a lot of Asian influences and Shinobi played a part in that.
“I remember when the first Shinobi was out on Master System, I was so frustrated because I did not have the console, and as a kid, I was totally fascinated by Ninjas at the time. The mix of martial arts, swords, shurikens, and the great outfits, of course I was ! After a long wait, I finally got my hands on The Revenge of Shinobi on the Megadrive, which remains one of my greatest videogame memories; I am still playing it on 3DS nowadays when the need for old-school platformer kicks in. I was thrilled to have this opportunity to paint a tribute to the game, with an emphasis on demons and dark magics, as I grew up since.”