Masayuki Kojo is already famous for his work on iconic Manga like Vagabond, Naruto and One Piece, but his interests and talents go a lot further than the comic page. The 38 year old artist has also gained critical acclaim for his Bujin style of painting, which has been said is able to “capture a certain strength and intensity of the subject.”

Of the style, Kojo says:“Bujin does not refer to those who fight, but rather to those who await their destiny.” There are few characters that bring destiny to mind more than those of the Star Wars universe.

Kojo has created three stunning portraits (2 of Darth Vader and one of a Stormtrooper) that will only be available on December 3 at a Japanese furniture store for a cost of around $1760 a piece, so there’s a good chance that this is the closest you’ll ever get to seeing them ever again.

If Kojo does more characters, we’ll definitely be bringing them to you, and we really hope he does. 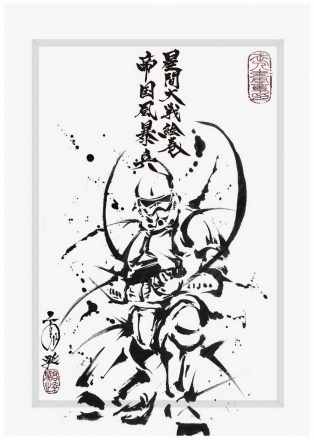 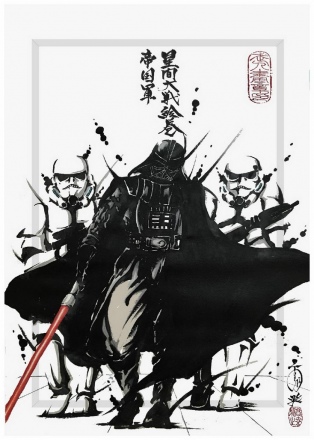 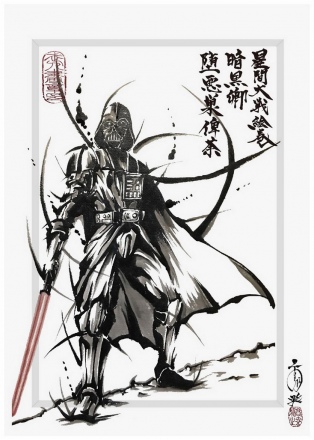