Is “Doctor Who’s” Matt Smith the new Batman. Well, it depends on who you ask.

Is “Doctor Who’s” Matt Smith the new Batman. Well, it depends on who you ask.

Over the weekend, Smith participated in a series of plays put on for Hollywood execs dubbed 24 Hour Plays. Like the name suggests, the event requires performers and writers to write and rehearse a play all within 24 hours.

The play Gotham Autopsy was what Smith ended up with, where he played a confused Batman. According to The Telegraph, “Comedian and Don’t Mess With Zohan star Nick Swardson starred as Robin” while “Kick Ass” star Lyndsy Fonseca and fellow Brit Saffron Burrows also participated in the 20-minute skit.

Hoping to follow in his “Doctor Who” predecessor David Tennant’s footsteps, the performance is part of Smith’s attempt to break into Hollywood. 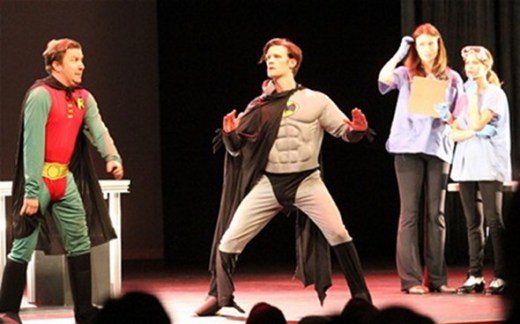