OK, the title is a little bit of an easy dig on the upcoming remake/reboot of Ghostbusters from Paul Feig. It’s true, the film could be awesome, and I’ll be the first to cheer, but the trailers do not paint a pretty picture. Even worse, last week’s reveal of the new theme-song by Fallout Boy and Missy Elliot is best described as 10 pound of horsecrap in a five pound sack. You can listen to it HERE.

The Japanese food chain, JS Burger Cafe has taken it upon themselves to create a special menu in honor of the new film. The resulting four food items might not make you afraid of ghosts, but it might make you fear the bathroom ramifications of eating that many green and black colored foods. 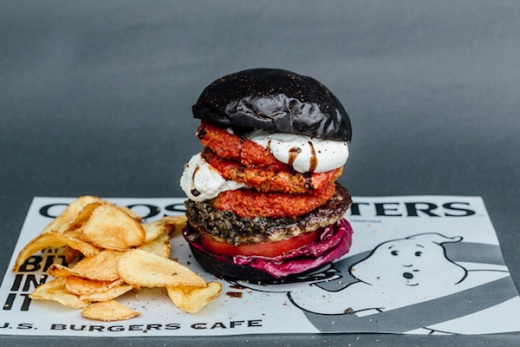 Starting with the G.B. burger, you can expect an experience the wonders of a midnight black bun, disturbingly red colored patties, what appears to be two poached eggs, and just a smattering of Anchovy
paste. Doesn’t that sound tasty? 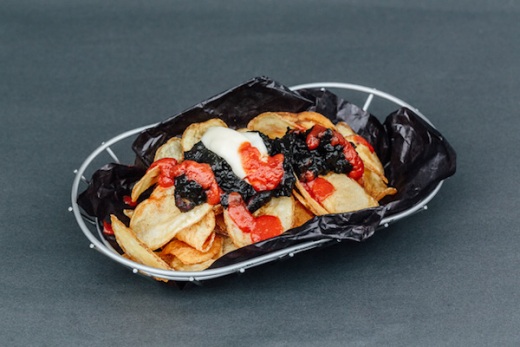 On the side, you can order up the Black Chili Chips. They actually look pretty innocuous, all things considered. 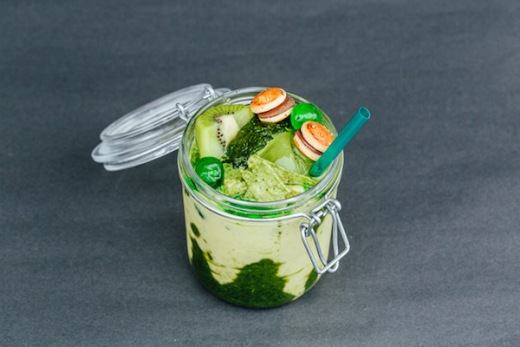 Need something to wash it down? How about a nice cold glass of ectoplasm? This beverage has a base of geen kiwi smoothy, but is then accented with everything from candy burgers, green maraschino cherries, and what appears to be green tortilla chips. 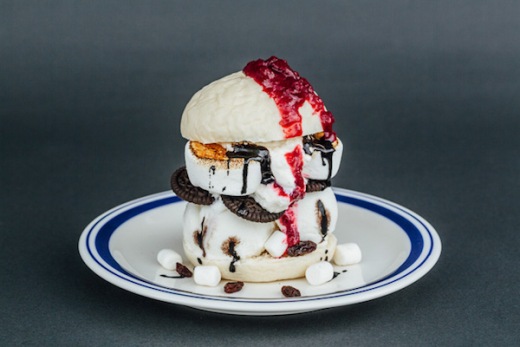 Now that you’ve had a truly supernatural meal, you need a fitting dessert. Howe about the Marshmallow Mad Burger? We aren’t actually completely sure what this is made up of. It could just be two giant marshmallows with oreos in the middle. Perhaps there’s some sort of meringue or ice cream thing happening in there. I just know that I don’t need my marshmallows served up on an albino hamburger bun.