Somewhere in in a quiet corner, Omarion is asking that you please pray for him… Omarion, not Wyclef.

Just a quick bit of news that’s just started coming over the wire. International Pop Star Wyclef Jean has been shot in Haiti. He’s been heavily involved in Haitian politics ever since is failed run for president several months ago.

He was in a car with Busta Rhymes and Jimmy Rosemond when armed gunmen opened fire on his car (is there any such thing as an unarmed gunman?).

Don’t worry though, Rapper Pras just took to the twittersphere to give his fans an update. He was the only one hit in the car and he’s in the hospital now recovering. It wasn’t fatal, but he did take a bullet to the hand.

Somewhere in in a quiet corner, Omarion is asking that you please pray for him… Omarion, not Wyclef. 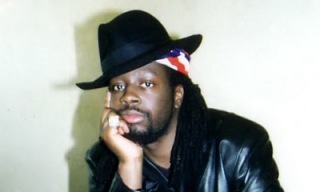