This thing is so cool, it’s almost worth the inevitable ride to the emergency room.

Knife Blocks have gone from being just about function to also being fun. In recent years, we’ve seen everything from the ex-boyfriend knife block where you can humorously (or disturbingly) stab several knives into a generic male figure, all the way up to the Star Wars X-Wing Knife Block. Today however, things are going to the next level. IF Industries has just put out one of the coolest knife blocks we’ve ever seen, on their Etsy store. That said, it also might be one of the most dangerous.

In an homage to Marvel comics icon, Wolverine, they’ve created a knife block in the shape of a fist, that holds three knives with the blades facing out. This thing is so cool, it’s almost worth the inevitable ride to the emergency room. 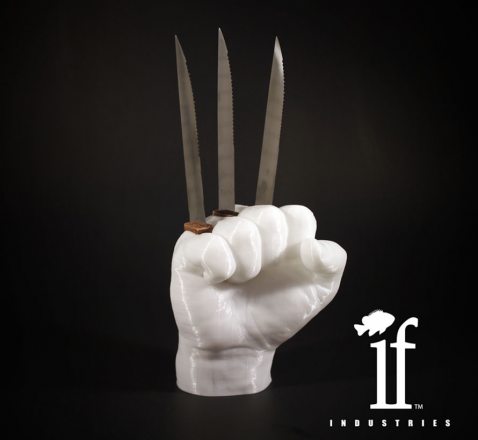 It’s currently sold out, but if If Industries decides to bring it back, you’ll be able to snag it on their Etsy page, HERE.