‘Twilight’s’ Robert Pattinson A Decendent Of The Real-Life Dracula

“Without any myth or magic, we find royalty and vampires lurking in Pattinson’s life.”

It’s as if Robert Pattinson was born to play the role.

According to an ancestry website, Robert Pattinson is related to 15th-century Transylvanian leader Vlad III Dracula, aka Vlad the Impaler, who is widely cited as the inspiration for Bram Stoker’s Dracula.

Genealogists say they found the 24-year-old “Twilight” star was connected through his common relationship to the British royal family.

“Tracing Pattinson’s family back to Vlad was difficult research, but the pieces that unraveled created the perfect accompaniment to the Twilight Saga,” explains genealogist Anastasia Tyler.

“Without any myth or magic, we find royalty and vampires lurking in Pattinson’s life – making his story just as supernatural as the one he’s playing on screen.” 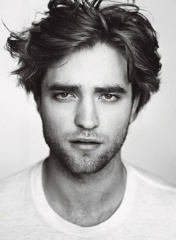