“I saw Jimi Hendrix at the Monterey Pop Festival and thought he would make a good opening act. He was!” 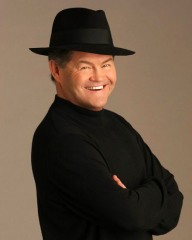 Welcome to the Celebrity ToyBox. Each week we’ll be inviting a different celebrity to come in, chat and play with us. For our very first edition of the ToyBox, we are lucky to have a rock n’ Roll icon with YBMW. I grew up on his records and TV reruns. Not only was he part of the very first real “boy band”, but you can’t hear his music without smiling and singing along. So let’s all welcome Micky Dolenz!

When you were a kid, what kind of toys did you like to play with?

Do you have any favorite memories about getting a special toy when you were a kid, or maybe just a fun story you remember about playing with your toys?

I remember my dad building a table for my trains in the garage. It would rise up to the ceiling to put all the cars away. I was amazed and thought he was God.

The Monkees were a huge part of growing up for me. Right along with the Beatles, Pink Floyd, King Crimson, Blind Faith… they were always one of those bands that I loved to hear. How did you get involved with the Monkees and what was the whole experience like?

I was cast in the show in 1965 and needless to say, it was a wonderful experience. It was a lot of hard work, but also a lot of fun. 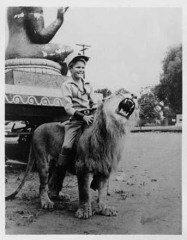 Is it true that Jimi Hendrix was once your opening act and was booed off stage because everyone wanted the Monkees? Can you tell us about it?

I saw Jimi Hendrix at the Monterey Pop Festival and thought he would make a good opening act. He was! The rest of the story is true, but it is not a reflection on Jimi. That sort of thing just happens sometimes with opening acts.

What was life like, post Monkees? Was iit a difficult adjustment or a welcome change of pace?

I was prepared for it having already been in a series when I was a kid called. Circus Boy. After the Monkees I became a TV and Film Director.

What’s going on for you now? What’s life like? Has the Monkee name been more of a gift or a burden in creating your own music career? I know you are touring, where can people go to see you in the next few months?

Now, I’m touring, writing, developing TV shows and recording. You can check out my Website, MickyDolenz.com to see all my touring dates. You can also go and check out my Myspace page.

Over the years there has been a lot of Monkees Merchandise. What were some of your favorites and why?
I never had any control over what the merchandise was when I was in the Monkees but I think they did a pretty good job.

If they made an action figure now of Micky Dolenz, not the Monkee, but the man, what would it come with?
My action figure would definitely come with power tools!

Thanks again to Micky Dolenz for being the very first star to jump into our Celebrity ToyBox. Stay tuned to see who’ll be the next to join us.