From Hawaii With Love – Aloha ‘Oe! You Smell Like Poi!

Despite what you may have heard, I do not live in a grass hut, wear grass skirts or dance hula all day. 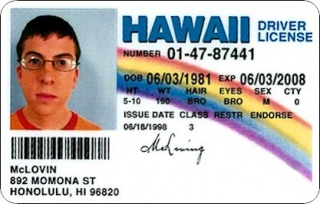 I’ve been meaning to write something about Hawaii for a long time but never got around to it. However, in light of the recent “birther” freak show, I finally couldn’t take it anymore. What really did it for me was reading something about how Hawaii isn’t a state which means it isn’t part of the United States of America. Good God….how these people survived high school is beyond me. Since when is Hawaii not part of the United States and considered a foreign country POST 1960? Don’t they know there are 50 states? What do they think the 50th state is? I’ll tell you one thing. It sure as hell isn’t one of the states of Tera.

Don’t worry. I won’t go on a tirade and wave my “Team Obama” t-shirt around in the air. I would, however, like to clear the air on a few things. The following is sadly a very typical conversation I have with people when I tell them I grew up in Hawaii. I’m sad to say I’m not making this up. This really is what quite a few people think.

I grew up there, yes.

That’s so cool!!! So how did you get here? Did you need a passport?

….you mean, if I needed a passport to come FROM Hawaii to California?

Yeah! I mean, you need to have a passport when you’re traveling between foreign countries, right? So didn’t you need a passport to come to the United States?

* I’m thinking there is no way in hell someone could be so stupid. I therefore assumed each and every single person who’s ever asked me this was kidding and decided to play along. I shouldn’t have assumed they were joking. Sigh. *

Very true. I made sure the Big Kahuna stamped my banana leaf passport before I came here.

Do you live in grass huts? 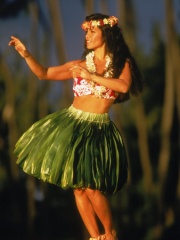 Wow!! That’s amazing! So that means you wear grass skirts too and dance hula all day too, right??

Sure do, buddy. We don’t have enough cloth to make clothes so I kept my girls modest and hidden from pervy eyes by wearing coconut bras every day! I would climb the family coconut tree every morning to make sure I stuffed my boobs into the freshest coconuts available because that reduces the amount of scrapes and scratches from the coconut hulls!

WHOA!! I never knew that! That makes total sense! So, what else do you guys do? You must get tired of having luaus every day, huh?

No way, Jose! Are you kidding me? Luaus were what I looked forward to the most! That was when the young men would battle it out on their surfboards to see which lovely, nubile, young wahine they get to drag off to THEIR village as their wife. I wished every day that my future husband would paddle me away on his canoe to his hut. That way, I could tell him “Mukalakahiki! I know you want to do me! Past the point, mahalo” just like how Wayne and Garth did in “Wayne’s World” * dreamy sigh *

So THAT’S how you guys get married! They don’t show that on TV!

Nope, sure don’t. The official wedding song is also the one about going to the hukilau. Oh, and the theme from Hawaii 5-0.

Wait…how do you know about TV? Does that mean you have electricity too?

Actually, funny you mention that. We actually discovered electricity waaaaay before that haole Benjamin Franklin. That’s because Pele gave it to us waaaay back in the day. But then we made her mad so she took it back. Many centuries later, we figured out that all we had to do was rub the wreckage of ships together really hard and it would generate a spark! After we got that spark going, each family in the community got our tame pets, the dolphins, together and had them swim around and around! Ta da!! We have electricity for the whole village!!! Bonus points if we got lightning to hit one of our coconut trees. That would guarantee enough stored power to last us for at least a year!

WHOA!!! So do you have internet too?

Of course! Don’t you? All we had to do was gather the leftover coconuts from all the discarded bras, rub them together really hard as we danced a special hula and KA-BAM!!! Internet.

….wait….you thought I was serious this whole time?! No, you moron!!! We live in apartments and homes, just like you! We drive cars, not dolphins! I wore NORMAL CLOTHES, just like you do! I even buy them from department stores! I wore a muumuu only on certain days because I hated my Catholic school uniform in 8th grade! Okay okay, so all the girls wore a holoku when we graduated from high school but whatever. I loved that holoku. I have a computer and hi-speed internet! I don’t know how to climb a coconut tree nor do I know how to cook a pig in a hole dug in the ground! I also can’t stand on a surfboard for longer than 5 seconds! I don’t speak Hawaiian nor am I a “native Hawaiian”. I grew UP in Hawaii. I’m not Hawaiian. Got it?!

….however, I do know how to dance hula…and Tahitian hula which is why I had to wear a coconut bra….

Bonnie N. Clyde is a writer for YouBentMyWookie.com and the alias of the Supreme Commander / Ultimate Destroyer. When she isn’t perpetuating Hawaiian stereotypes, she writes in her blog using her coconut computer over at MissBonnified.com