“It’s no surprise by now that I’m a girl but I’m not exactly your typical run-of-the-mill variety.” 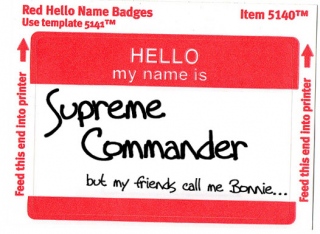 My mom, being the awesome woman she is, taught me a few things that I apply to my life on a daily basis. Chewing my food with my mouth closed is one of them. Introducing myself to people I’m meeting for the first time is another. In the words of the great Digital Underground, “Allow me to introduce myself. My name is Humpty, pronounced with an ‘umpty’ “.

My name isn’t Humpty although that would be pretty interesting if it was. My name is Bonnie but that apparently came about as a very fortunate accident. You see, my dad is the one who chose my name for me. The name “Bonnie” means “beautiful”. I went through the greater majority of my life thinking my dad picked this name above all others because he fell in love with my wrinkly newborn self at first sight and thought me lovely beyond compare. Wanting confirmation of this, I asked him a few years ago if this was true. After my dad laughed at me (because he’s uber sensitive like that), he dashed my dream by telling me “Oh no. Daddy wanted to name you Bunny”.

Yeah. Apparently my dad thinks bunnies are super cuddly and cute so he wanted me to grow up with these same characteristics. I think he took one look at me when I was born, decided I looked like a wrinkled alien and figured that if he gave me the name of something as adorable as a baby rabbit then I would somehow also magically be cute and cuddly when I grew up.

I don’t think he had any idea that the name Bunny would be one that most adult entertainers favor.

He mistook my look of abject horror as incomprehension because he helpfully tried to clarify things by saying “You know. Like a bunny rabbit?”. My dad’s good at a lot of things but reading my facial expressions obviously isn’t his forte because he misinterpreted the “OMG, OH NO HE DI’INT” look on my face as one of confusion. Therefore, he decided to drive the point home by doing a bunny hop around the living room while saying “Like this. A bunny. You know. Hoppity hop”.

Yeah. My dad, ladies and gentlemen, wanted me to go through the rest of my life named after a petting zoo animal. That’s just fan-freaking-tastic.

Luckily for me, the nurse assigned to me that day either :

– misunderstood my dad when he said my name was to be Bunny
– understood my dad, decided to take pity on me and gave me a name that sounded close enough to Bunny so my dad wouldn’t be too suspicious

I thank the powers that be everyday for that nurse. No joke. 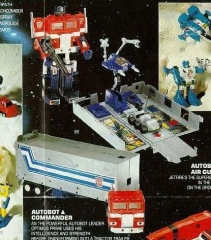 It’s no surprise by now that I’m a girl but I’m not exactly your typical run-of-the-mill variety. While I love girly things (like shoes. Omg, a girl can never have enough pairs of shoes and lip gloss. To be more specific, a girl can never have enough tubes of lip gloss that taste like candy. Dude, I eat my lips for dessert. Yum-oh), I also love anime, video games, anything on wheels that goes really fast (I drive a stick shift car. I refuse to drive automatic) and toys like Transformers.

Don’t get me wrong. I loved playing with my Barbie, Rainbow Brite and My Little Ponies but I was always trying to steal my cousin’s Optimus Prime because he could mighty morph into a big ol’ bad ass semi!!! Alas, I sucked as a master thief because my mom always caught me trying to smuggle him out of my cousin’s house by sticking Optimus in her purse. She also would never buy me any Transformers because I’m a girl and I’m supposed to play with the stuff little girls are supposed to play with. What she couldn”t understand for the life of her was that Barbie couldn’t do cool things like transform into weapons, fighter jets (or anything else for that matter) and neither could her pink convertible car. I always thought Barbie would’ve been such a bad ass if she could turn herself into something else or if Arcee was her best friend because Arcee’s pink and everything in BarbieLand is pink. Hey, it made sense to me when I was five.

So that’s basically me in a nutshell. I know. I’m special. My mommy tells me so. And from here on out I’ll be contributing regularly to YouBentMyWookie where I’ve been given free reign to write about anything to everything from toys and joys to freaky things like clowns. Welcome to the strange landscaped view of what lies within my mind. Don’t be scared and don’t be too shy to leave comments.

I’m Bonnie N. Clyde. Nice to meet you all.

Bonnie N. Clyde is a writer for YouBentMyWookie.com and the alias of the Supreme Commander. Not only is she a gifted storyteller and a self proclaimed dork, but she once choked out the Baroness just for fun.