I just have a hard time believing that Kim is truly interested in Jeremy Lin as a person. All I have to say is RUN, JEREMY, RUN!! 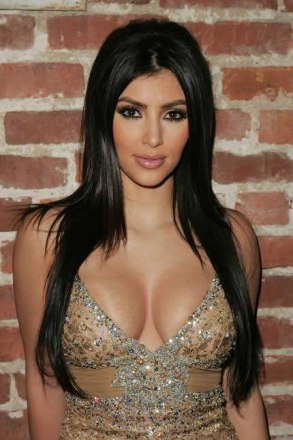 I hate the Kardashians. There is pretty much nothing about them that I like. Okay okay okay, Kim’s pretty and has a badonkadonk that can’t possibly be human. That’s about the only talent coming out of that family. Oh wait. They have this inhuman ability to self promote.

That could be a good thing and a bad thing.

They have slapped their names and images on just about anything and everything all in the name of making a buck or a million. As a result, they have built an empire and have amassed a small fortune.

This is something I’m pretty impressed by. They have managed to become a force to be reckoned with and they did it all without even so much a smidge of talent to rub between all of them (with the exception of Bruce Jenner, Olympic gold medal winner).

Because of their transparent motivation behind all they do (make as much money off their names and Kim’s butt as humanly possible), they have opened themselves up to backlash. I couldn’t believe the head of the family, Kris, went on the record to say something about how if she knew having kids was this profitable, she would’ve had more.

She officially just went head-to-head with Octomom for title of Worst Mother I See On TV. Octomom is just plain crazy and has no plan. Kris views the fruits of her womb as a bank vault of sorts. That’s not cool.

What really topped it was Kim’s absolute JOKE of a marriage. What the hell is wrong with this family??? Are all the TV shows they have currently not enough? Is all the money they’re making from all their appearances, pay-per-Tweet, various endorsements not enough? Was it really necessary to capitalize on the institution of marriage?

Don’t get me wrong. I just got married. I understand the desire to have the biggest, craziest, most awesome wedding you can think of because you’re marrying the person you love. I get it.

What I don’t get is why the need to make it a public spectacle. Why not keep something away from the public eye and have it just for you to treasure? What’s wrong with that? I guess the call of the commas and zeroes was just impossible to ignore.

And now her PUBLICIST wants to set her up on a date with Jeremy Lin? Psh, please.

I’m not saying Jeremy isn’t lovable because he is. He’s a double threat – SMART (hello, Harvard grad!) AND athletic. He’s a hard worker. He’s a great team player. Did I mention he has a sense of humor? Check out 15 year old Jeremy Lin. 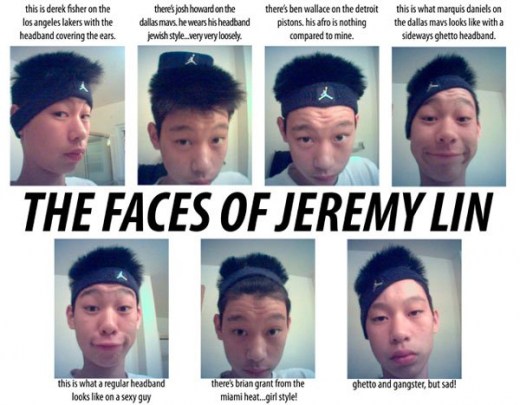 My personal favorite, however, is the one where he’s wearing Urkel style glasses and holding up what looks like a weird metal triangle. But I digress.

I just have a hard time believing that Kim is truly interested in Jeremy Lin as a person. I think she’s more interested in him as a way to get more publicity and to hitch her overly whored out star to his brand new, unblemished and dorkily awesome shining one.

Jeremy Lin. As a fellow (mostly) Chinese-Taiwanese person to another…..RUN, JEREMY!!! RUN AWAY FROM THE BIG, BAD BOOTY!!!! YOU DESERVE SO MUCH BETTER THAN SOMEONE WHO SOLD HER MARRIAGE TO THE HIGHEST BIDDER AND HAS A MOTHER WHO VIEWS HER CHILDREN AS PROFITABLE ENTITIES!!!

If you do agree to go out with her, I don’t blame you. She’s very attractive and has a butt that defies explanation. However, is she the kind of girl you want to take home to your mom? I don’t really think so. However, if all you’re looking for is someone to “hang out” with, I guess she’s alright. Better her than Paris Hilton….wait. I take that back.

Bonnie N. Clyde is a writer for YouBentMyWookie.com and the alias of the Supreme Commander / Ultimate Destroyer. When she isn’t LINning out, she writes in her blog over at MissBonnified.com