The Secret To Getting Geeky Girls!

Have you ever ask yourself, how can I get a nerdy chick? What does it take? What must you have?! Well its actually fairly simple! 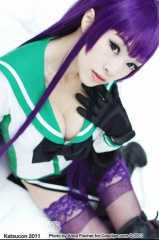 I thought it would be awesome to break the normal mold of my Weekly Geekly posts to add in a section that might help you get a fellow geek/nerdy chick. If you’ve always wanted to date a girl that shares the same excitement you get when your favorite anime has a new episode that week, when you got a new deck of Magic cards and wanted to share that you got an Alpha card that’s ridiculously rare, or when you beat an epic RPG that practically took a month to finish and you maxed out HP… Well, whichever it may be, the way to a nerdy chicks heart isn’t your wallet guys, its actually something more awesome, YOU!

Have you ever ask yourself, how can I get a nerdy chick? What does it take? What must you have?! Well it’s actually fairly simple! I’m not saying I’m a pro at giving this kind of advice but I do know what works and what doesn’t most of the time. And from experience it’s always these things that pop up:

1. Know your facts!
Geeky chicks like guys who know their stuff. What do I mean by that? Well I’m not saying us we like guys who are Mr. Know it alls, but us geeky girls love guys who can show us that they know as much or even some of the stuff we have geek gushes over. So if you have some knowledge, share it, most likely she will be interested in what you have to say. 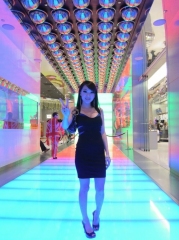 2. Don’t over compliment her :D (This is true)
These geeky chick species are not the typical girls who fall for everything that is given out without knowing them. It may be a sweet gesture but if you always gushing to her about how cute you think she is, most likely, she thinks its nice, but won’t care after 2 minutes….. and might not feel appreciated for what matters most, which is her BWAINS!! More likely she’s down with the guy who’s going to compete with her in gaming knowledge, or a guy to test her mental strengths. Someone to compliment her wit, and her super beautiful mind is your best bet, because when it comes down to it, most likely she’s into that as well in a guy. So as much as you love her, save the compliments for ones that mean something to you, then tell her. :)

3. “Oh you know that anime?”
Getting to connect with her nerdy loves.

Find out what makes her tick. I don’t want to promote snooping or internet stalking, but in a sense, that’s what the internet is for. FREE INFO! I’m not saying hack into her stuff XD but if she has a blog, live journal, or some kind of social networking sites, check them up and see what she’s into. So when you actually have the chance to talk to her, you will have a few things to talk about, so there shouldn’t be a silent moment when you do talk to her, even if it’s through her blog :) It’s a start ^_^

4. Geeky chicks don’t care what car you have!
Most of the time geeky chicks are too busy gaming, reading, working on their new cosplays, or even just lounging and hanging out with their anime club, they’re too preoccupied to even notice something so trivial! 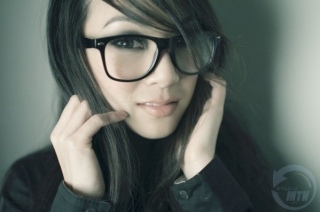 5. Beat a geeky chick in a game they love!
Deep down, we like our guys to be men. As much as we know we can kick your ass in a good game of MVC, we kinda like it when you actually show us a good fight. Don’t be too easy on a nerdy girl, we can tell, and we might think you think we suck just cause we’re girls. But, if you like the girl, don’t try to kick her ass in her favorite game 10 times in a row and throw it in her face, she’ll think your lame. Just have fun :)

6. Show them your sensitive side!
I’m not saying be all lame and admit you cried when you watched one of Miyazaki’s films, but more so let her know you’re sweet side, like making her a card, or writing her a little note, or even painting or drawing her a little picture. Generally geeky chicks like things that are creative, and can’t be bought. So showing her your thoughtful side will get her heart beaming! :)

…..and if you still want to give a nerdy chick a gift to show your appreciation of her most awesomeness that you think she is, here are some surefire gifts that will make her squeee:

– A book in her kind of genre, if she reads manga, a few of those!
– A geeky toy in her favorite character.
and last but not least,
– A email telling her she has great taste in novels (or anything she’s into)

Hope these tips help, I’ve given these tips to guy friends, and really, they work, well at least I think so! ^_^ If anything be yourself! :D Don’t overdo it, and be straight up, these girls don’t like mind games, unless they are meant to be played! XD

Have an awesome weekend, and good luck getting that girl of your dweams!
<3 Vampy Chibi Cupid :3 Be sure to check out Linda's website HERE
And don’t forget to subscribe to her Youtube Channel HERE 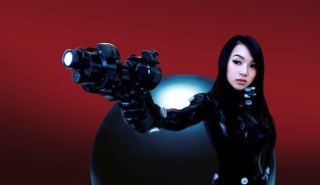 3 thoughts on “The Secret To Getting Geeky Girls!”